One way to become a buying agent

After finishing school and community service, I started to study, rather I tried to.

It was to slow, studying social work, have created two interesting and remarkable projects that time, the Deutsche Bundesbahn and the ZDF – Zweites Deutsches Fernsehen – as a traainee in the social departments but not very successfull nor motivated. First and only thing I did sensefully in the ZDF was to check the archive for unpublished Miles Davis records and I found one very rare 3 -hours tape with frames running from 18. July 1987 in Munich Philharmony, I have been very proud of that time.

A row of unattractive jobs followed than, trivial work in a printing plant, cleaning beds and stuff in a hospital, hard work for the local post office with package – storing on the train station for years and so on.

The decisions are always fast, there is that one day or night, you can t stand it anymore and you hit the decision without caring what may happen, just let me out for gods sake.

© Unless otherwise indicated, all materials on these pages are copyrighted by cschnell.com

Life is hard, so am I

They gave me a few thousand as a terminal bonus and I bought a flight to Boston. I had the idea to reanimate my bloodless studies with a story about the Computer Community Centers rising that time in the New England States.

I visited and talked with plenty of people, Virtually Wired and GNBC3 in New Bedford, the Tufts University in Boston gave me a perfect research for that topic, just had to configurate for my purposes, but I did not. 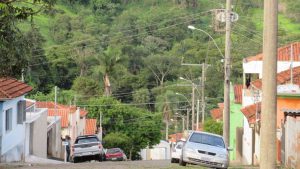 Instead of that I startet to work in an office after coming back. There was a guy around who was selling bankrupt s assets for the lawyers. We had to research, to file and to sell the items of different companies inclusive inventar. Beside a sad previous history of the bankrupt of the company, that was an exciting job. Imagine, you are coming in an abandoned company and everything is to your hands. Dreams from the childhood came true.

That was the moment, I discovered the pleasure of own decisions and doings. But that was it. The guy, shure, was framing us, my partner cancelled and me too little later. Fortunately, there was a new influence from Frankfurt coming up that time for the support and maintenance of computer systems.

I jumped up that train, had neither lots knowledge in computer systems nor something to do with banks at all but nothing to loose. It worked and after one year as a freelancer I found myself very unexpected as a senior administrator and coordinator for corporate clients of the Deutsche Bank AG, Frankfurt.

Two years later, I had the first escape thoughts with an old friend in Montreal regarding incoming agencies but then the Ground Zero Event took place and that idea was over for that moment.

Another two years later, there was that one day again, after the first trip to Brazil, just two weeks, but enough to feel completely dispositioned after return. I cancelled immediately. Had to stay for 4 month than I was free.

Brazil life started in 2003 with street arts projects of artists in Fortaleza and exhibitions in Germany, later with the idea to offer Brazil Real Estate, like I did it in Berlin for 6 years. There it worked, with Brazil it does not really work.

Countless ideas later, I met a guy in Fortaleza who involved me in business with industrial components. This communication started 2012 and is running till now, so I became a buying agent in the clusters.

Even if there are times, I just get my costs together, I would not change that free colourful intense life around different locations, environments and mindsets any more. And enough is enough, don t need to rush.